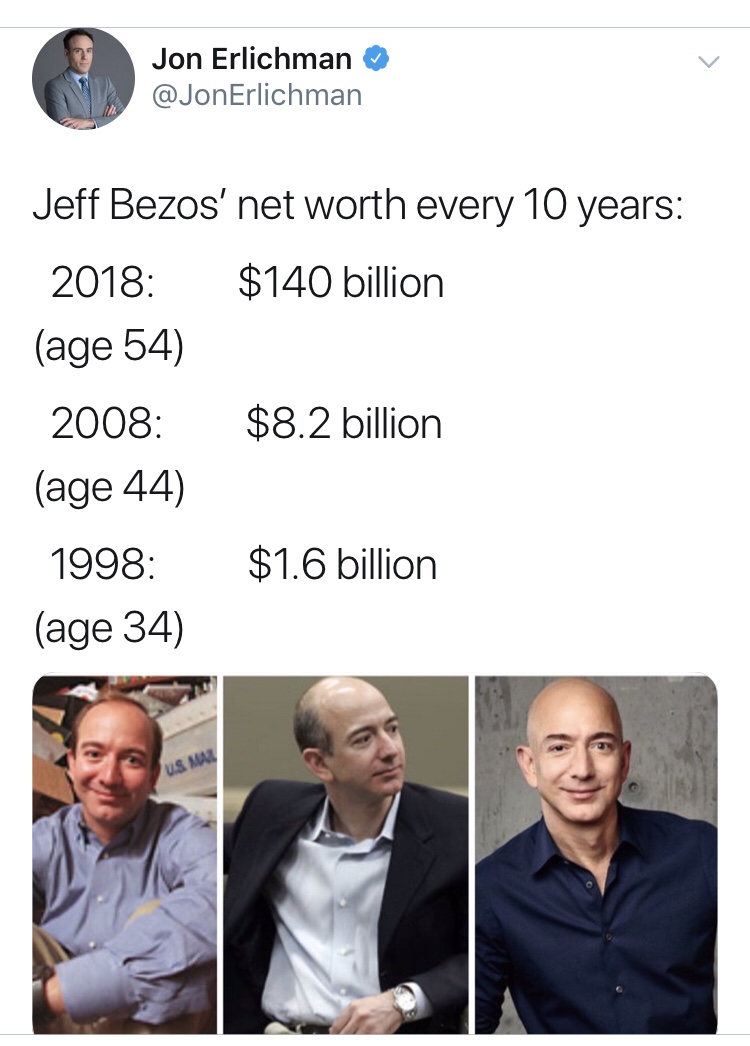 I saw an interesting post on Twitter and it made me think about few things. I also shared this with 2-3 people and got their views.

Most of us think that we are forced to run the rat race because we have some personal goals to achieve – education, home, a decent lifestyle, for health and well-being of self and family, to pass on some legacy to kids etc.

Most would also say that “If I get XYZ amount today, I would leave all this and pursue my interests, live life to the fullest”. That XYZ amount would keep on changing as time passes by and as our “needs” grow. That XYZ would also be different for each person, based on what he considers “enough”.

However, most would still quote a number. For example, someone would say “If I get $100 million I would retire and live life on my own terms”. Someone else would want just $1 million.

It is safe to say that for 99.9% people that amount would be $1 billion! It’s really huge money! 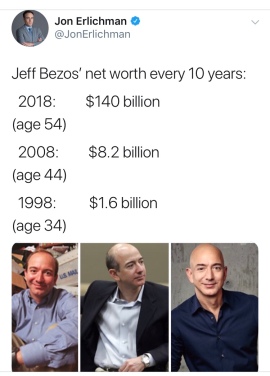 Jeff Bezos was worth $1.6 billion in 1998 when he was just 34 years of age. Most of us would have cashed on this handsome money and would have “retired to pursue real interests“. In case of Jeff Bezos, the work he was doing happened to be his real interest. So he kept going…

In 2008, he was worth $8.2 billion! It was far bigger sum…5x of 1998, in just 10 years! So again, most of us would have been tempted to exit…I mean most of us who think that their purpose of accumulating wealth is that they could retire and pursue “real interests”.

And the reason, I feel, Jezz Bezos, could achieve this was – he doesn’t have any other interests which he considers superior than what he is currently doing! And he didn’t set out to achieve those numbers in first place. The net worth numbers were a by-product of what he enjoyed doing – that is, take one idea and pursue it; build a world class humongous company from scratch.

Goals and targets are good and they challenge you to do better. But aren’t fixed goals also a hindrance in achieving truest potential, which could be far in excess of the goals we set, or we think we can achieve?

I am sure that Jeff is NOT going to exit now, even if some fortune teller told him that his net worth would plummet to $1.6 billion, in 2028.