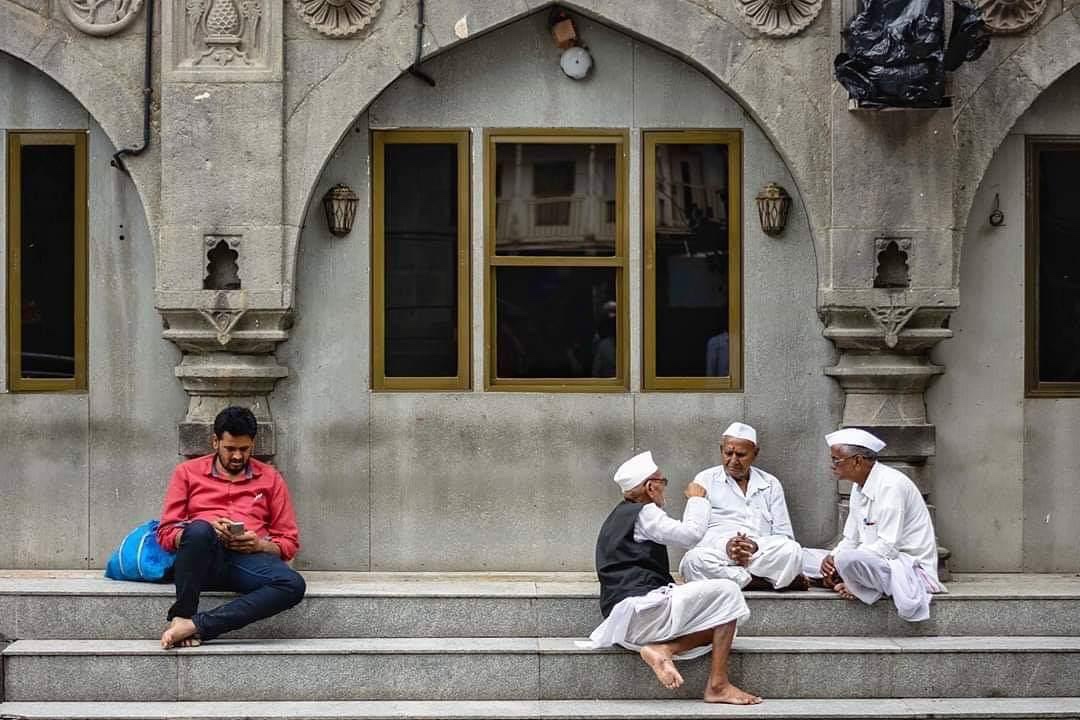 I received the following image with caption “Generation Gap”.

It looks like a temple in Maharashtra. There is a young man on the left who is sitting alone and looking into his mobile, and there is a group of elderly people on the right chatting. The caption suggests that old generation is (still) not addicted to new technology and hence remains social, while the new generation has become “anti-social” because of new technology and gadgets.

Well, this is a perfect example of confirmation bias. You see the things which you have already built in your head and you notice pictures/images which corroborate with your theory.

Since I like to be a contrarian and play Devil’s Advocate, I asked the friend who sent this on your group:

“What would you call if the person was reading a book (hard copy or kindle)?

What if the person is actually reading a book on Kindle App in mobile?

What if the group of elderly people is actually talking about the web series they watched on Netflix or Amazon Prime?“

It reminded me of an image widely shared on social media which took a crack at people who are constantly looking at phones, ignoring people around them and hence called “anti-social”.

Is technology really making us anti-social? I don’t think so…

You can read WhatsApp forwards which tell you that so and so person had 5000 friends on FaceBook and Instagram etc and when he died, not even 5 people turned up for his funeral.

Also, why do we develop this simplistic notion and judge others in superficial way? Create Labels and use them so easily without knowing much?

An introvert who would prefer to read book or spend time on his mobile phone instead of “socializing” with the crowd around him is NOT bad. Let’s not call him an “anti-social”. Similarly let’s not glorify people who enjoy socializing and meeting people.

Let’s not ridicule every new thing – be it technology or a trend or fashion, and glorify past. Had internet, mobiles and smart phones been invented 100 years ago, our grandparents wouldn’t be any different – they would have embraced the “addiction” too.

I love books. But I love reading even more! So while I cherish the feel and experience of holding a physical book, I am not going to curse Kindle and stay away.

Generation gap is not because of age difference, but the difference in attitudes or approaches. For certain things I might want to be just like my grandfather, even though the rest of the world moves on. For certain other things, I would prefer to be like my grandchildren (who are not born yet).

I am not bound or constrained by Time or Space! 🙂

Anyways, is it getting too boring? Here are few fun pics to end the topic on “Generation gap”