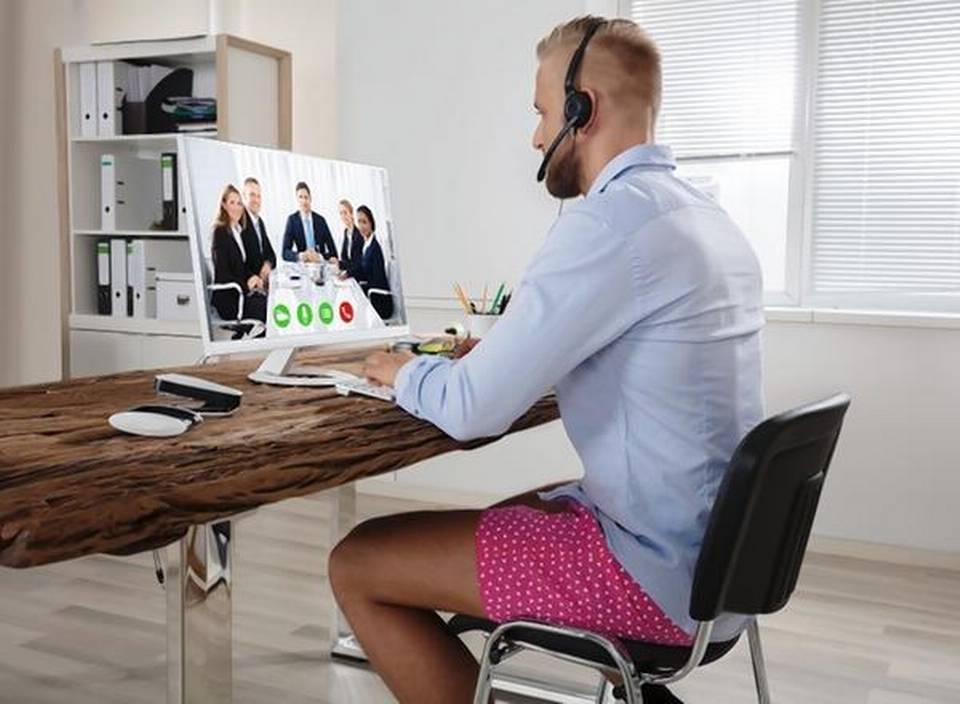 With the extensive lockdown for over 100 days, everybody is now used to online meetings from home, mostly using Zoom. And this has led to many jokes and memes about Zoom or online meetings in general.

Here is a funny glossary of new Zoom language written by Shovon Choudhury in yesterday’s The Hindu.

A whole new vocabulary is developing to describe video call etiquette and behaviour. Are you up to date with it?

Thanks to the COVID-19 crisis, work habits and philosophies have transformed radically. Zoom meetings are a big part of this change. A whole new vocabulary is developing to describe Zoom etiquette and behaviour. As part of ongoing efforts by The Hindu to keep you on the cutting edge of the public discourse, here is a handy glossary.

Bheja Vu: The feeling that all the points that people are making in this meeting were already made in yesterday’s meeting.

Involuntary Mutation: When you deliver one of the best speeches of your life, full of insight and inspiration, providing clarity on a wide variety of issues, for a period of at least 15 minutes, without realising that your microphone is still on mute.

Preparation Anxiety: The concern that your clothing conveys the impression that you are not taking the meeting seriously enough. You can minimise this anxiety by wearing a crisply ironed shirt and a tie, but this can be also lead to perceptions of Abnormal Formality.

Abnormal Formality: The tendency to overdress for Zoom meetings, leaving others with feelings of rage, inadequacy and resentment that your laundry services during this time of crisis are much better than everyone else’s.

The Doggler Effect: When your dog barks continuously throughout the duration of your call.

Mutually Assured Meeting Destruction: When the connection is poor, both of you have meetings at the same time, and you end up shouting simultaneously in the same room.

Pantomiming: When you are struck dumb by the realisation, halfway through the meeting, that you are not wearing pants.

Advanced Pottery: A high level Zoom skill. Refers to the ability to complete a bowel movement during the course of the meeting, without revealing this fact to others.

Cereal Killing: The act of chewing cornflakes very carefully so that others are not disturbed by the noise. If your camera is on, your spoon movements will need to be quick.

Juvenile Retention: When your child refuses to leave the room while you are in a meeting. May involve musical instruments.

Perfeuphoria: The realisation that you no longer have to buy deodorant.

Patriot Shame: The feeling that arises within you when you want to stop using Zoom because some people say it’s Chinese, in order to support our troops on the border, but are unable to figure out how to use Microsoft Teams.

Stubble Fallacy: The mistaken belief that if the lighting is dim enough, no one will be able to make out that you have not shaved for the last three days.

Hair Supremacy: The sense of satisfaction that you get when you realise that you are the only one in the meeting who has recently had a haircut.

Snortle: The mildly amused noise you make, quickly suppressed, combining a snigger and a chortle, when you notice that your boss has positioned his camera in such a way that you can see right up his nose.

Skin Depth Analysis: Post meeting judgemental remarks about your physique and complexion, made by others, after you take a shower during a Zoom meeting and forget to turn off your camera.